Over the past decade, The Hong Kong Jockey Club Charities Trust has donated an average of HK$4 billion a year to the community. In 2020/21, its total approved donations were HK$4.5 billion, benefiting 528 charity and community projects. 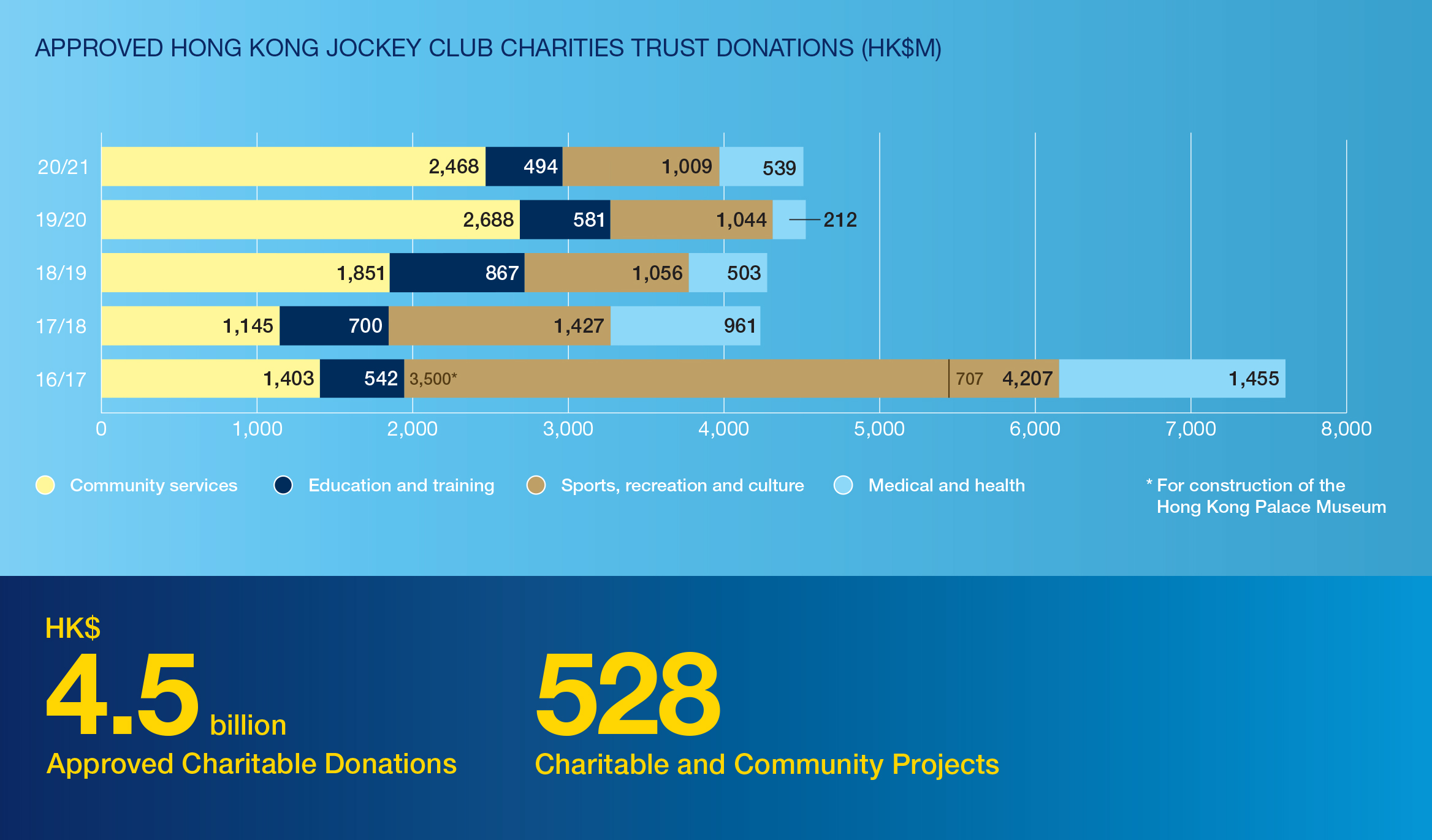 Following the strongly positive response to the inaugural 2016 event, The Hong Kong Jockey Club Charities Trust is to host its second Philanthropy for Better Cities Forum this coming September at the Hong Kong Convention and Exhibition Centre.

On the opening day (30 March) of the Club’s annual flagship community event, the Riding High Together Festival...