Penfold Park is located in the infield of the Sha Tin Racecourse built and managed by The Hong Kong Jockey Club. Penfold Park has been open to the public on non-racedays since 1979 and serves as a popular "green lung" in the city for residents of Sha Tin and further afield, attracting some 15,000 people a month to enjoy its clean and safe environment and high-quality grassed areas.

The Park is also one of the most pet-friendly venues in Hong Kong, it provides leisure facilities for both animal-lovers and their pets. In 2013, the Club organised a “Penfold Park Paw Paw Hoof Hoof Carnival” at the Park to promoting animal care and welfare, attracting over 1,500 pets and their owners. The park is also used as a venue for equestrian and community events.

Penfold Park is one of the city's major habitats of wild egrets and with its fascinating landscapes and greenery, the park was ranked 4th in the “Best Garden in Hong Kong” voting campaign in 2009 alongside Hong Kong Park, Sai Kung East Country Park and Nan Lian Garden.

In 2008, when Hong Kong was accorded the honour of staging the equestrian events of the Beijing Olympics, Penfold Park served as a training venue for the world's top equestrian horses. To carry forward the spirit of the Olympics, numerous Olympic exhibits are displayed at the Park including the Hong Kong Olympic Cauldron and Olympic Mega Rings, a horse statue bearing Olympic gold medallists’ autographs and Olympic equestrian fences.

To protect public health, please do not enter the park if you have a fever. Everyone who enters the park is required to wear a mask. A maximum of four people are allowed to gather together. Social distancing of at least 1.5 metres should be maintained. Your cooperation is greatly appreciated. 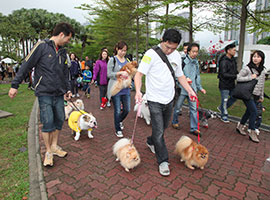 Penfold Park is one of the few pet-friendly parks in Hong Kong making it a popular “pets paradise”. 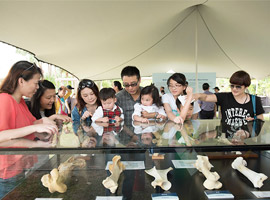 A number of community events and activities have been staged at the Penfold Park in recent years. 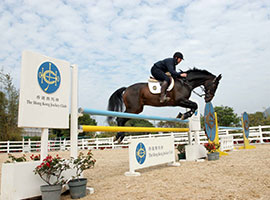 During the Beijing 2008 Olympic Equestrian Events, Penfold Park served as a training venue for the equestrian horses. 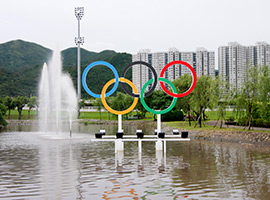 Legacy items of the Beijing 2008 Olympic Games are on displayed at the Park including Olympic Mega Rings. 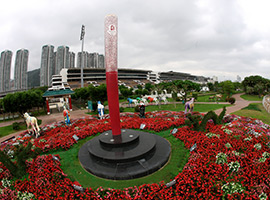 The Park was opened as the Infield Park in May 1979 and was renamed to Penfold Park in late 1979 to commemorate the retirement of the Club’s then general manager, General Bernard Penfold.

Visitors were enjoying a walk at the Penfold Park in the 1980s. 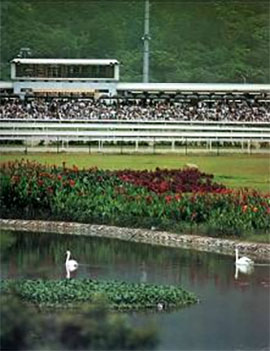 The Park has three man-made lakes which used to be a habitat for waterfowl including ducks, geese and swans.