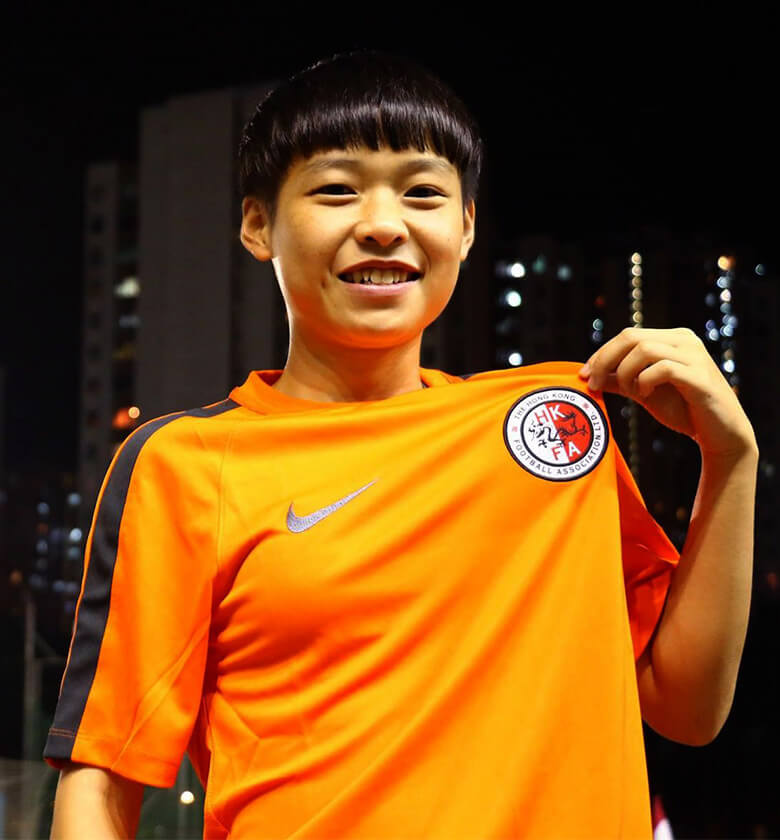 The past several years have seen Hong Kong women’s football gradually gaining recognition on the global stage, after three members of the Hong Kong women’s football team took part in trials in Japan, and Chan Yuen Ting – the first female manager to lead a men's professional association football team – was named AFC Women's Coach of the Year by the Asian Football Confederation.

For each of those who have made it this far, their journey has never been easy. Lee Wing Yan, 19, now plays for Chelsea Soccer School Hong Kong Women’s Team, yet when playing playground ball, her skills were dismissed by a senior player, who told her “why don’t you give up football and go home to play house instead?” Wing Yan’s passion for football was, of course, beyond such petty scorn, as football has been her true friend since childhood, bringing her fond memories and teaching her that sports is not just about winning, but about what one gains along the way.

Wing Yan picked up football at the age of 9 through trials for the primary school team. In just 4 years, she donned the Bauhinia and represented Hong Kong as a member of the Hong Kong Junior Football team. What may seem to have been smooth-sailing was actually the result of hard work and many detours – dribbling through one opponent after another.

Even as a child, Wing Yan set the bar high. She had hoped to make a name for herself at the primary school varsity games, but a lost match dashed her dreams. She persevered despite the loss, though she admitted to doing so out of stubbornness rather than a passion for football. In her secondary years, her school had no girl’s football team and so she played with the boys’ team. Observing her unrelenting desire to play, one of her teachers gathered together a ragtag group of players and formed a girls’ team, which unsurprisingly did not excel. At that time, Wing Yan only had a vague idea about teamwork.

Wing Yan once pursued football out of stubbornness, and had only a vague idea about teamwork.

With her family rarely attending her matches, Wing Yan was even more determined to succeed. “I want to really excel, and be worthy of my place on the Hong Kong team.” Now having joined the adult team, she is eager to make a difference in football, to make her parents proud.

Teamwork is of the essence

“As a child, I believed it was enough that I made progress, and I tended to neglect my teammates.” It wasn’t until the AFC U-16 Championship a few years ago – when Wing Yan was 16 – that she changed her mind. Leading her teammates in a group match against Guam, they played poorly and lost 0-1, dashing their hopes of entering the finals. Tears were shed, yet an invaluable lesson was learned: “Football is not about individual competence, but about teamwork. The whole team has to progress together and work together.” 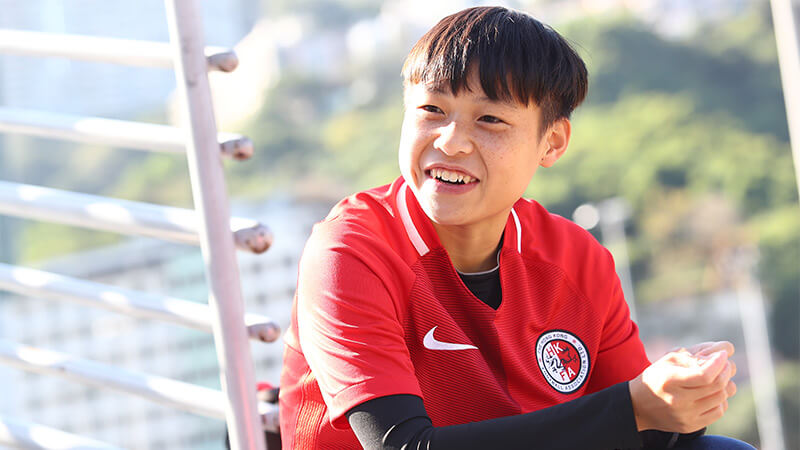 Wing Yan has an optimistic nature and is not easily defeated. Adversities only encourage her to do better next time. 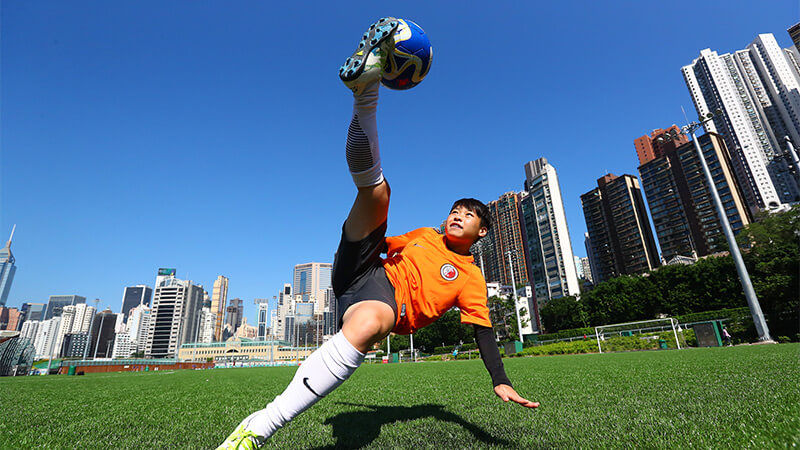 A failed match changed Wing Yan’s values and propelled her football career to the next level.

This revelation was the breakthrough Wing Yan needed. Last year, representing her alma mater St. Francis of Assisi's College in the “JC School Football Development Scheme - HKJC N-League”, she scored 25 goals and became the league’s best scorer. Before graduation, she also led her team to the championship title at the All HK Inter-Secondary Schools Girls Football Competition, breaking the long winning streak of Jockey Club Ti-I College. “The joy of working with my team to score a goal is indescribable – it is the fruit of everyone working together!” This is precisely why Wing Yan stays attracted to football.

Realising how her values have been shaped by football, Wing Yan also wishes to send a positive message to others through the sport. Earlier on, she joined the Jockey Club Youth Football Leadership Scheme and the Jockey Club Elite Youth Football Camp, where she learned communication skills, how to formulate a teaching plan, and tricks to coaching children – all of which helped bolster her coaching skills and reaffirmed her goal of becoming a football coach. Since graduation from secondary school last year, she has been studying sports coaching under the Yi Jin Programme held at Hong Kong Baptist University, and is planning to take examinations for a football coach license, thus building a strong foundation upon which she may achieve her dreams.

“Anyone can run fast, but only by gathering the strength of many can we go far.” Football has inspired Wing Yan to recognise the importance of teamwork, and now she is hoping to pass this message – this essence of football – to the next generation.

Football has inspired Wing Yan (centre) to recognise the importance of teamwork. Striving for victory with friends on the field is the reason why she persisted in playing football.