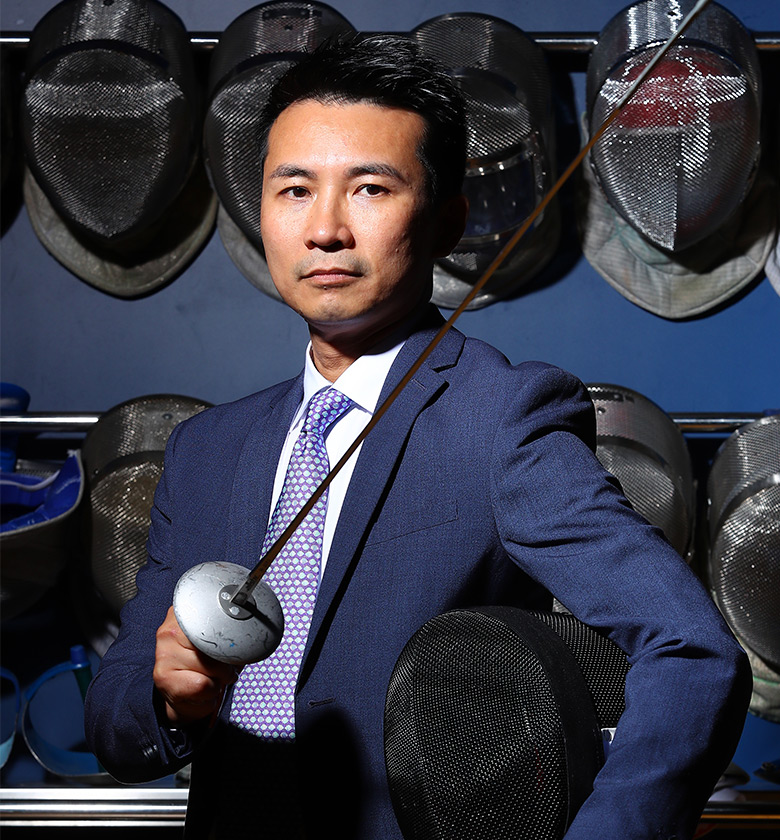 In a society that advocates “winning at the starting line”, any victories and losses there seem to determine the course of our entire life.

Former fencing athlete Ron Lee, however, believes differently: “ ‘Losing at the starting line’ is how athletes ultimately get to win – because there can only be one winner.”

Now 50, Ron was an active fencer in the 1980s and has won numerous medals as a member of the Hong Kong men’s foil team. As the first Asian fencer to win a medal in Europe, he helped to open up a new horizon for Hong Kong’s fencing sport. Ron recalls when he first started fencing, the coach took him out of regular training after just one semester, but this only ignited his desire to excel. “I worked the hardest I ever did, not for victory, but to prove I am capable. I therefore owe my success to my failure to be selected as a member of the team.”

After retiring from the frontlines, Ron turned a new page in life and blazed a new career in sports media. After 25 years, he has now returned to the starting point of his fencing career – the Hong Kong Sports Institute – passing on his philosophy of “losing is the key to winning” to young athletes.

Ron was an active fencer in the 1980s and has won numerous medals for the Hong Kong men’s foil team. He was the first Asian fencer to win a medal in Europe.

When you fight for the team, the stress comes from oneself

In his junior high school years, when Jubilee Sports Centre (now Hong Kong Sports Institute) was actively grooming youth athletes, all secondary school students studying in Sha Tin were invited to try out for sports at the Centre for an academic semester. Among badminton, basketball, swimming and fencing, Ron was randomly selected to join the fencing team. Ron was not selected after the try-outs, nevertheless he convinced the coach to allow him to train with his peers. With indomitable spirit, he trained at home using just a wooden mop and a winnow basket, thinking: “I will best each and every one of you at the end of the semester.”

Ron’s determination paid off and he became one of the top fencers at the Sports Institute. In 1985, he won the bronze medal at the Fencing Championship (U20) in England – the first Asian fencer to win a medal in Europe. In 1987, he was among the first athletes in Hong Kong to be awarded a scholarship under the Sports Scholarship Scheme. He said, “Before this, athletes needed to pay for their own expenses when competing or training overseas; with the scholarship, we no longer had to worry about paying for our equipment, and could focus on training and expanding our horizons.” As the old adage has it: “He that travels far knows much”, which was why Ron often trained at Paris and competed in different European cities.

During the Asian Games in Beijing in 1990, Ron and another teammate played a key role, leading the four-man Hong Kong team to the finals and securing a win against the Japanese team for the bronze medal. They took the world of sports by surprise: “It was highly stressful, but my hard work paid off,” Ron smiled. 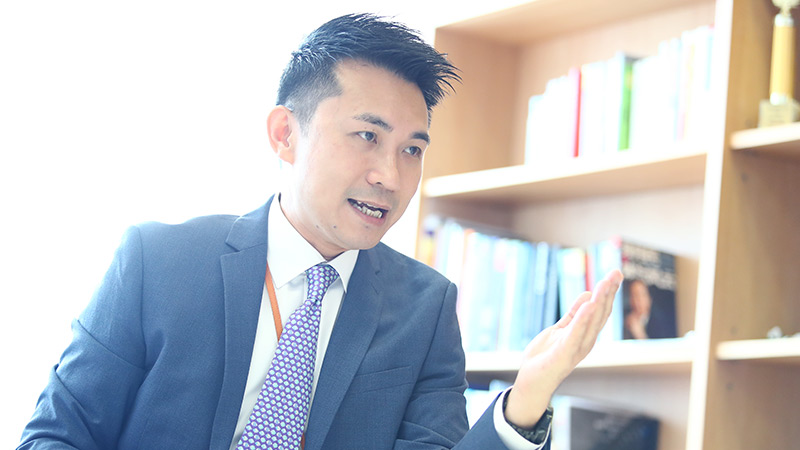 Ron has now returned to the starting point of his fencing career – the Hong Kong Sports Institute, passing on his philosophy of “losing is the key to winning” to young athletes.

By learning from failure, Ron has trained himself to become more resilient.

To win, one needs to be fearless of losing

Since winning the bronze medal at the 1994 Commonwealth Fencing Championships, Ron retired as an athlete and found a new career in sports media. He was host, commentator, production and operations director of sports programmes at local and overseas TV stations; he also did a stint in public affairs for an international watch brand. In 2016, he returned to the Hong Kong Sports Institute and became the Director of Community Relations and Marketing. Since then, he has actively promoted the city’s sports development by nurturing young athletes and paving the way forward for Hong Kong’s sports scene.

Established in 1982, Jubilee Sports Centre (renamed Hong Kong Sports Institute in 1991) is a key facility for training and nurturing local elite athletes. Back in the day, The Hong Kong Jockey Club donated towards the Institute’s construction and operation. In 2016, with a donation from The Hong Kong Jockey Club Charities Trust, the Jockey Club Athlete Incentive Awards Scheme (JCAIAS) was founded to provide cash awards to those achieving outstanding performances at the major games. 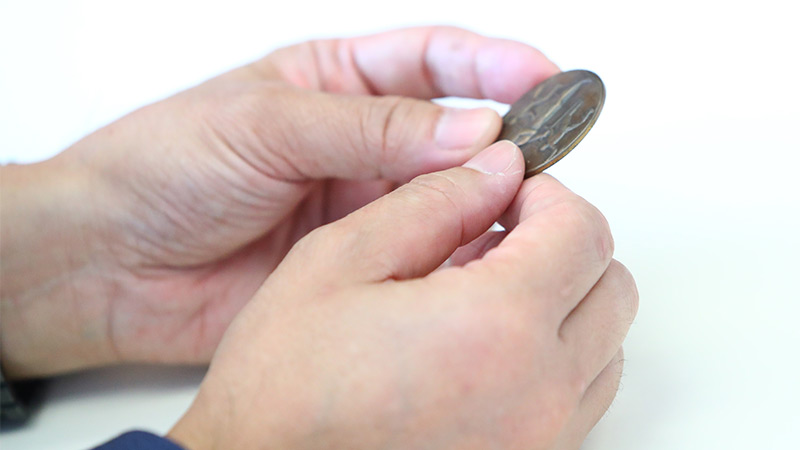 In 1985, Ron competed in England as a member of the Hong Kong team. He won the bronze medal in the championship – his first medal. 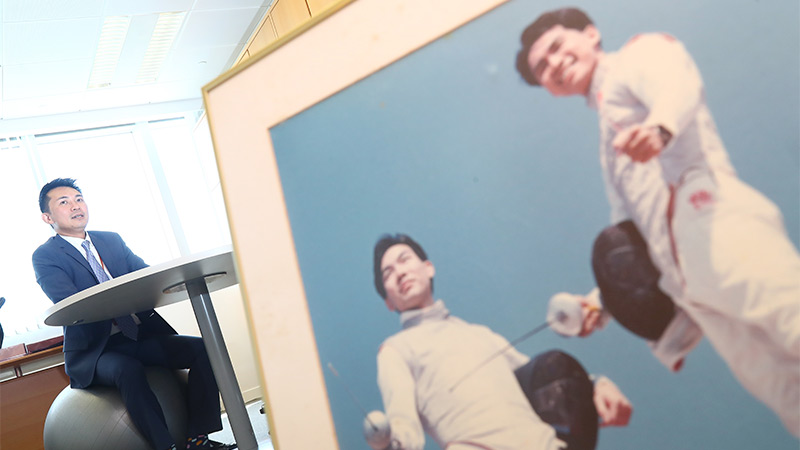 Even in his office, Ron keeps himself in top shape by working while seated on a fitness ball.

It is hardly unusual to see Ron going about his daily routine in his office, dressed in a full suit and seated on a fitness ball. No matter as fencer or executive, Ron never takes a break from keeping himself in top shape. He often reminds himself to learn from his failures and trains himself to be more resilient, all because “the trick to winning is to lose, often.”